A Game About Spanking. Consensual Spanking.

Hurt Me Plenty is a game about spanking. Consensual adult spanking, not debatably-traumatic-for-small-children spanking. It aims to do one thing games are notoriously terrible at: be sexy. (Warning: might be mildly NSFW, though not really.)

The free game, as you may have surmised by now, is about spanking dudes. For the time being, it only works with the Leap Motion controller, which in this case (though lamentably, not in all games ever released) detects the player's hand making a spanking motion and transfers it into the game accordingly.

Creator Robert Yang (disclosure: he once penned a column for Rock Paper Shotgun, a site I used to work for) plans to add support for a non-Leap control setup soon. And while the game is indeed, depending on your particular persuasion, admirably sexy, I'm especially taken by its intentions. In short, Hurt Me Plenty is an attempt at subverting games' typical be-a-halfway-decent-human-being-and-sex-will-fall-out approach seen in BioWare-style RPGs and games of the like. Yang wrote:

Obviously, there's still tons of work to be done when it comes to using sex and sexuality well in video games, but games like Hurt Me Plenty show that the potential's there.

On the more mechanical side of things, there's also the obvious substitute for something else Luxuria Superbia. Sex is also the centrepiece of a classic in the genre (?), Lea Schönfelder’s Ute, an equal parts lighthearted and damning game about women's lack of sexual freedom in modern society.

Oh, and then there's my personal favourite, free flash game How Do You Do It, in which a little girl tries to figure out how to "do a sex" with plastic dolls after watching the movie Titanic. It's as adorable as it is revealing about how afraid people are to tackle this stuff, especially where kids and media are concerned. 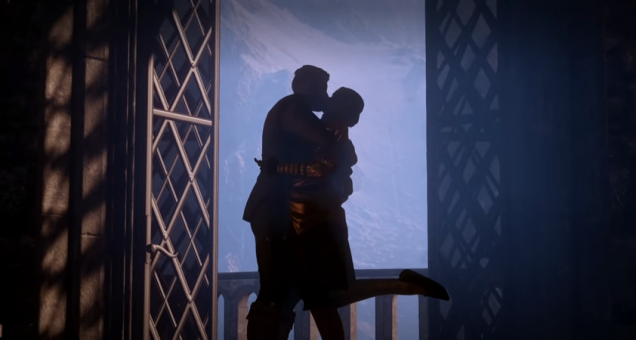 And hey, even Dragon Age—a series once known for some of the most awkward, dead-eyed Barbie doll sex around—is getting pretty good at using sex and intimacy for titillation as well as character development. Good times all around.

Basically, this is a really cool realm for games to explore, and I'm glad we're finally giving them the space to do so. I hope we see games that are more, ahem, fully fleshed out continue to advance the craft.