It's been six weeks since the Gamergate campaign first started. Now, for the first time, thousands of people are uniting to call for it to stop.

Since last night, the #StopGamerGate2014 hashtag has been trending in the United States and the UK on Twitter, accumulating thousands of tweets and attracting attention from high-profile game developers, writers, and even celebrities. Though the Gamergate campaign has seen a great deal of criticism since it first launched in late August, this is the first time we've seen skeptics and critics band together on another hashtag in a unified attempt to stop it.

Gamergate, first coined by actor Adam Baldwin, is an amorphous campaign that is ostensibly about ethics in video game journalism and defending the "gamer" identity but has come under fire for its links to a wave of harassment, particularly of women, in gaming.

The StopGamerGate2014 hashtag has seen a great deal of momentum on Twitter, with around 50,000 new tweets since last night according to analytics site Topsy. (#GamerGate has had over 100,000 tweets in the past day. Of course, due to the nature of Twitter hashtags, it's unclear how many of these tweets are criticizing either campaign and how many are supporting them.) 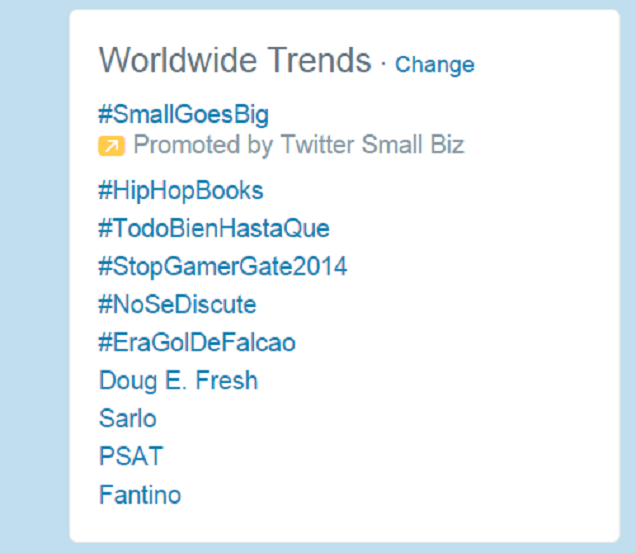 Freelance writer Veerender Jubbal started the hashtag at around 8:45pm ET last night, and since then, it's gained enough momentum to be continually hovering on Twitter's list of trending topics.

This isn't a random occurrence—the popularity of this hashtag draws from a horrifying series of incidents that started with death threats levied at game developer and Gamergate critic Brianna Wu, who was driven from her home last Friday. In the days to follow, mainstream outlets and television networks took increased interest in Gamergate, many drawing links between the movement and harassment of women.

The connection is being drawn in part because of the intense animosity shown to Sarkeesian and other people in the gaming scene—predominantly prominent women—by apparent supporters of Gamergate on Gamergate-related forums and social media. The movement's roots trace back to a blog-post character assassination of independent developer Zoe Quinn that led to Quinn fearing for her safety.

Some in Gamergate have condemned the harassment and complained of harassment themselves even as the attacks on these women continue, showing, at best, Gamergate as a community unable to stop it. This new hashtag is the culmination of what appears to be growing sentiment that Gamergate has, if nothing else, become too toxic to be productive in any way, and that any of the movement's valid concerns have been drowned out long ago.

Last night, a threatening letter aimed at feminist critic Anita Sarkeesian—who has been the target of threats and harassment for two years now, since well before Gamergate—led her to cancel a planned lecture at Utah State University. Though this particular letter did not mention Gamergate, Sarkeesian added on Twitter that there had been multiple threats, one of which did claim to be affiliated with the hashtag. She went on to condemn Gamergate:

Multiple specific threats made stating intent to kill me & feminists at USU. For the record one threat did claim affiliation with #gamergate

At this point supporting #gamergate is implicitly supporting the harassment of women in the gaming industry.

Sarkeesian's tweets helped pour fuel on the #StopGamerGate2014 fire, and within the next few hours, the hashtag had exploded, with support from a number of high-profile writers, reporters, and game developers from companies ranging from Naughty Dog to Ubisoft, from Atlus to Epic.

It's worth noting: not everyone contributing to #StopGamerGate2014 is standing behind the message. As with any other social media campaign, including Gamergate itself, anyone can add to the volume by publishing tweets with the hashtag, whether or not they support what it has to say.

Consequently, some Gamergate supporters have also used the hashtag to express disagreement and advocate for their campaign:

For further reading about Gamergate, check out our previous coverage as well as takes by our sister sites Jezebel, Deadspin and Gawker.