The New Nintendo 3DS's internet browser is supposed to filter out things online that are unsuitable for kids. Then again, no, it appears it doesn't.

One of the newly added features includes a paywall that apparently filters websites in Japan. The filter, which blocks adult oriented sites, can be turned off for small 30 yen (17p) charge to a valid credit card. Obviously, the idea is that minors in Japan won't have credit cards. 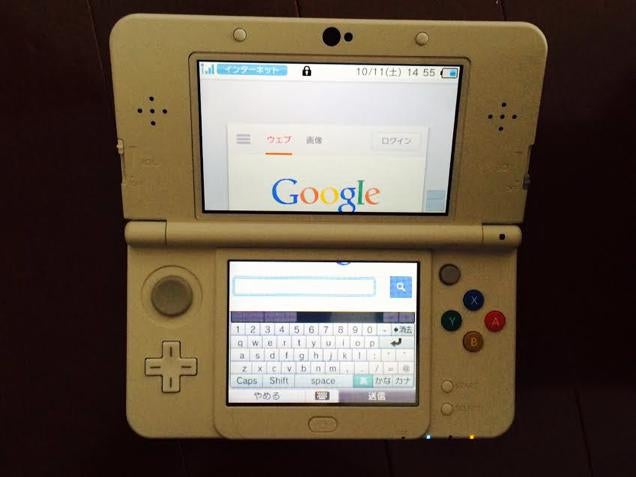 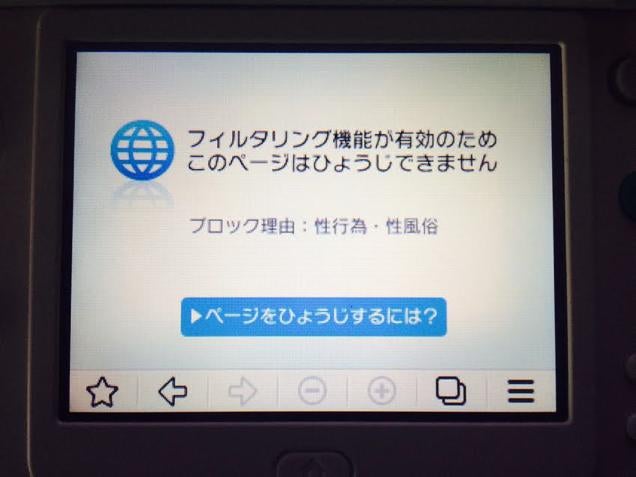 I also tried searching Google using Japanese words related to sex, and when I clicked on the Google results, the same message appeared.

But when I looked on Google Images for the same types of words... 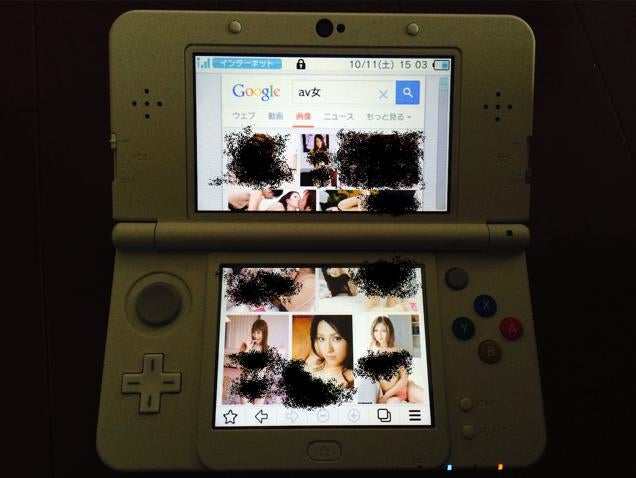 (The above image was edited by Kotaku. I was able to reproduced the same results on an original 3DS, so this isn't "new" per se. Rather, it simply shows that NN3DS's filtering tech isn't exactly, well, filtering.)

I imagine that filtering this sort of thing on Google Images would be very difficult for Nintendo. Something is always bound to slip through. But maybe Nintendo can update its filtering service in the future? 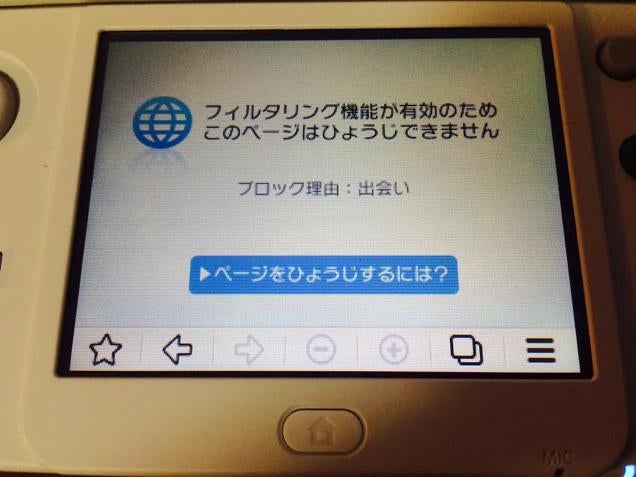 One very good thing, however, is that the New Nintendo 3DS does filter dating sites. Even using something as seemingly as innocuous as Yahoo! Personals is blocked in Japan by the NN3DS (see above). My assumption is that this decision stems from what allegedly happened on SwapNote in Japan.

But if you are very worried about kids getting online and finding anything porn-ish, then, there are parental controls that will lock the New 3DS's internet browser function and keep the New Nintendo 3DS simply as a gaming device. Which, honestly, I think is a-okay.