I Can't Get Enough of This Sexy Sci-Fi Spy Thriller

I've been on a real bite-sized iOS game kick lately, favouring short, spastic games that deliver a quick hit — Candy Crush-style puzzlers, CSR Racing-style action games. So when a relatively long-form (two and a half hours is long enough for an iPad game) holds my attention, it's got something special going for it. and Revolution 60 certainly does.

Part of it's the game's look and feel, this wonderful blend of '60s style with current science fiction mainstays, mini-dresses and big hair and nanobots. The game stars a squad of female secret agents (a male teammate is mentioned but not featured), tasked with infiltrating an orbital weapons platform and deactivating it before it sets off World War III.

Revolution 60's main character is another something special. Code named Holiday, she's a blond assassin who specialises in vehicle combat (with a million dollar motorcycle, no less) and dispatching her foes with ruthless efficiency. She is a total bad-ass, so ready for a fight that she actively calls out enemies she may have missed to make sure she gets the most out of her mission.

When she fights, Holiday fights on a grid, dancing from square to square, dodging enemy attacks while waiting for her opening. Depending on the skill tree choices made as she levels up, that could mean firing off a few rounds of her pistol or getting in close for a melee attack. And when her power meter fills up, watch out. 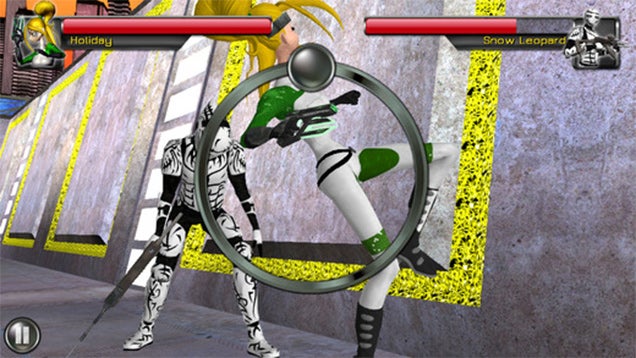 Gesture-based controls are everywhere in Revolution 60, from special moves in combat to crawling through air ducts. The game's been called "Mass Effect meets Heavy Rain" for a reason. Well, several reasons.

Another is that Revolution 60 features choices that matter. Do you react to your superior's orders like a professional or like arsehole? Should the intel you found go to your tough-as-nails leader or the charming civilian consultant accompanying your team on their mission? The reputation and affection you build for your comrades is space espionage changes the way the story plays out.

It's a science fiction thriller that's not afraid to take some convoluted twists on the way to the grand finale. It's a game with a villain that's trying to kill you one moment and professing her fascination with you in a most astounding way the next (you'll see). It's got all of the hallmarks of a great PC or console game, but it's not in either of those places.

But most of all, Revolution 60 is a game that ends far too soon. Holiday has a lot more ass to kick, and I'll be sitting here patiently until she comes back to kick it.