Disney Movies in Order of Their Historical Setting

Disney fan Aish's chronological chart of Disney movies shows that their films cover practically all eras, and that the folks at Disney were really into the 19th century. 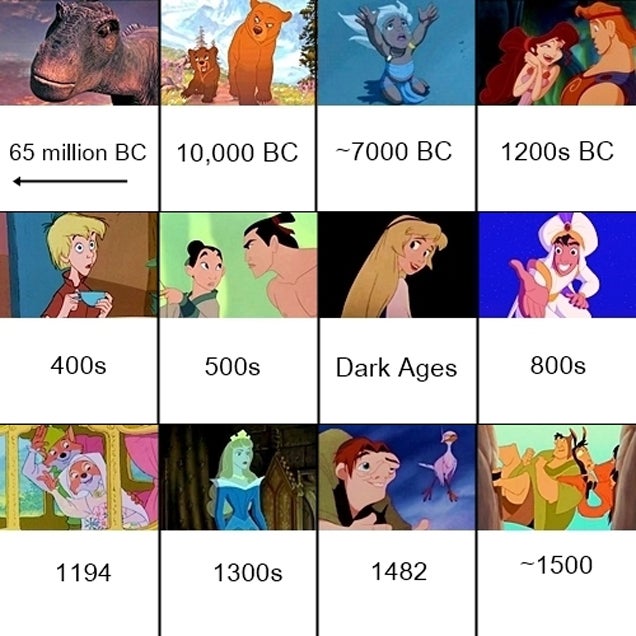 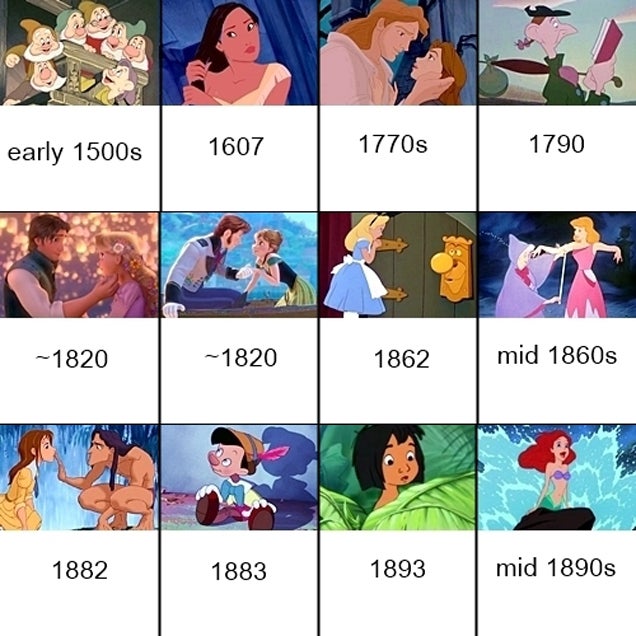 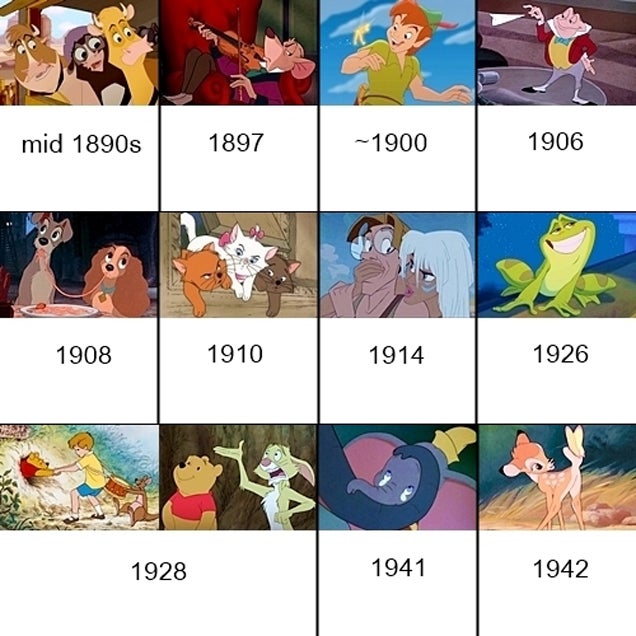 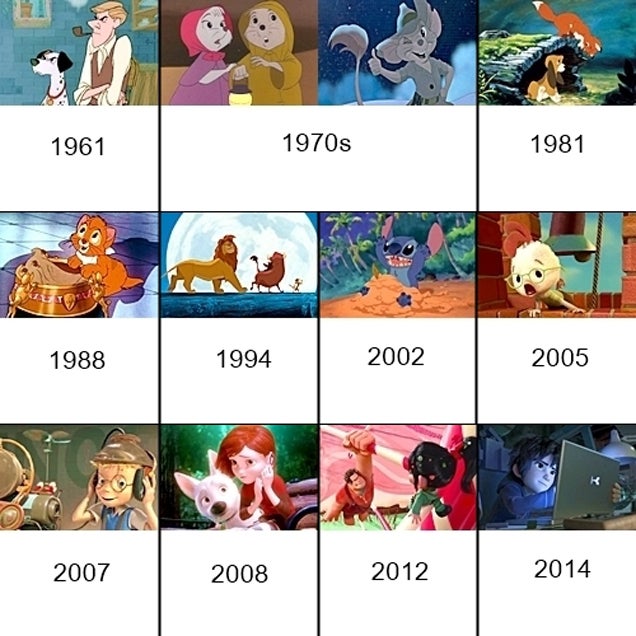 Excludes most of the package films. Some films, eg The Lion King, are impossible to pin down exactly and some, like Aladdin and Treasure Planet, are anachronistic, so these are estimations. A few have been split into two if there is more than one time period in the movie, and sequels have been put together.

And she even has a list with all the movie titles, in case if you haven't recognised them all.