I Don't Think I've Ever Seen Such a Shiny Mega Man

During E3 2014, video game collectible makers First 4 Figures announced they'd be making a line of statues featuring everyone's favourite killer robot boy. Now the first Megaman statue has been revealed, and it sure is shiny.

They call the piece Running Mega Man (Megaman), and it certainly is that. It's got a very Astro Boy sort of vibe to it, which fits considering the original Mega Man game was supposed to be an Astro Boy title but was changed due to complications. The eyes, face lines and teeth all screen classic anime. 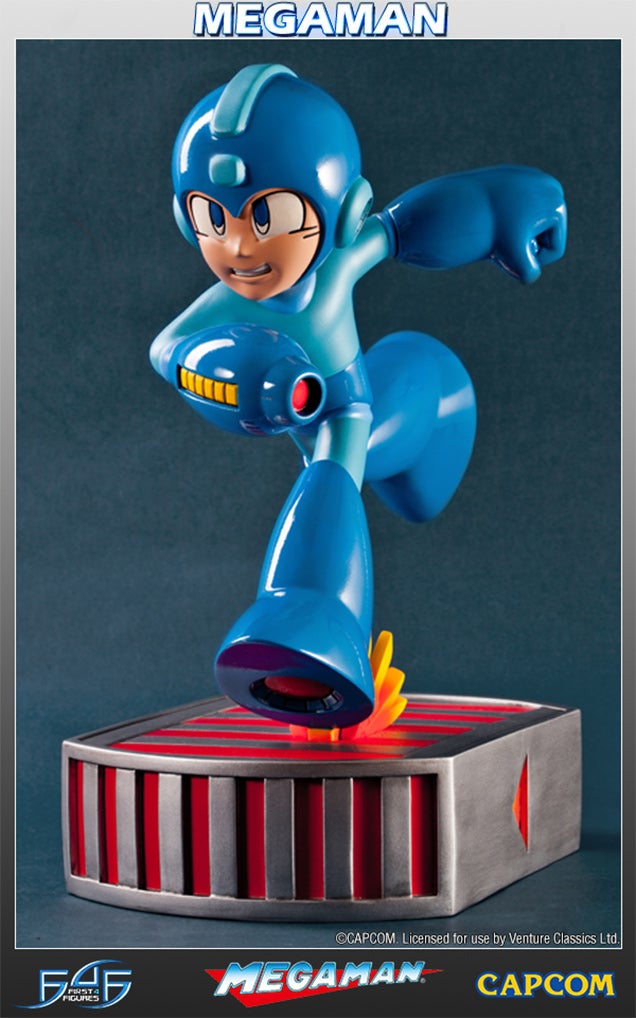 I guess I'm just not used to seeing Mega Man glisten as much as this piece does. I mean, he's a robot and his parts are definitely metal, but years of pixel art, cartoons and comics have conditioned me to expect matte blue.

I'm sure I'd get used to it after awhile. Maybe I just need to see what other characters First 4 Figures is bringing to the table, get a bigger idea of what to expect in the series.

As First 4 Figures does, there are two editions of Running Mega Man up for preorder for a first quarter 2015 release. There's the plain vanilla regular edition for $199 (£123), limited to 1,000 pieces worldwide, and then there's the much better edition. 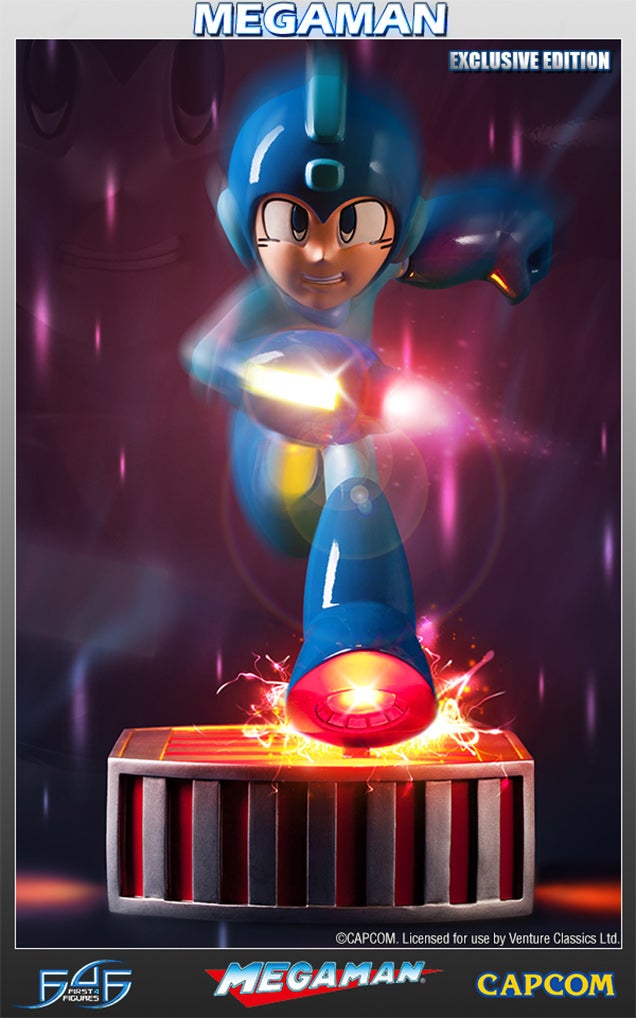 If I had to choose, I'd probably go for the incredibly cool one. Nothing like some glowing lights to make me forget all about shiny blue paint.