E3 Made Me Excited About Big-Budget Games Again

I used to dream about Warcraft III.

This was before it came out, before Blizzard had even settled on making the epic real-time strategy game that would eventually come to be known as Warcraft III: Reign of Chaos. I would check the mailbox impatiently every day for the new issue of PC Gamer to arrive, hoping that it would have something—anything—to say about the status of the game.

When that wasn't enough to subsist on, I'd sneak into the computer lab at the boarding school my mum lived and worked at to trawl through gaming websites in search of new screenshots. Whenever I found some, I'd hover the cursor over the character I thought looked the coolest, half-hoping that he'd spring to life with my gentle nudge.

This is where the dreams came from. I wouldn't dream about the game itself, or anything within it. These weren't fantasies about me becoming some brave knight or hulking orc slaying his enemies. I was just dreaming about having the game, about what it would feel like to one day be able to sit down at a desk and boot the game up.

Looking back, I find this hilarious. Even in the one space where I could invent any fantasy, live any moment, I only focused on how amazing opening up a tiny cardboard box and holding a computer disc in my hands was going to be. My wildest dream was that, one day, I'd be able to participate in a mundane act of consumer lust.

I used to be embarrassed by how insanely nerdy this all was. But over time, I've come to appreciate the beauty of this craving. It sums up a lot of what's magical about video games to me. Limited as they may be by any number of cultural or commercial containers, games like Warcraft III still manage to seize the people who love this with an overwhelming force.

I've played a lot of games since Warcraft III. Many have moved me in ways that are probably considered more "adult." But nothing can really compare to that original feeling of wonder and impatience.

It's one I haven't felt in a long time—so long that I barely recognized it when it started to bubble up this week. 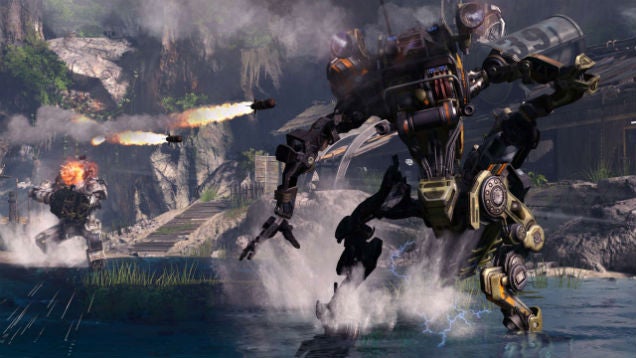 It was the Electronic Entertainment Expo. Better known as E3, this is the single largest event that happens in the video game industry every year. A lot is at stake for the companies that bring their work to the convention, so most usually save their biggest guns for the event—the Call of Dutys, the Killzones, the Metal Gear Solids, slick promotional videos stuffed with explosions and zombies and giant killer robots and little else. As a result, I've gradually come to associate E3 less with actual games and more with massive subwoofers and grand statements about new consoles—inert pieces of machinery filled with little more than vague promises.

I know I'm not the only one who feels this way. Since I joined Twitter and started covering the game industry in 2011, I've come to expect a peanut gallery to cluster around all the big press conferences. People who snark on the gaffes or straight-up silliness of the presentations, refute the endless hype pouring out of the Los Angeles Convention Center.

I always love a good opportunity to throw some shade. But looking back at my own Twitter activity throughout the week, I don't think that's what I was mostly expressing. That's probably because I was too busy watching the trailer for Yoshi's Woollen World on repeat.

Can you blame me? I mean, just look at the thing!

After first seeing the video Tuesday when Nintendo debuted it during its E3 address, my colleague Evan Narcisse proclaimed: "cutest Yoshi ever."

That pretty much sums it up. Somehow, it manages to make the moment when Green Yoshi swallows Red Yoshi, poops him out, and then hurls the result of this rapid-fired digestion at a bad guy look painfully adorable:

By the time this morning came, I had devolved into Yoshi-induced insanity:

I don't think I can stop.

I clearly have a problem but I don't give a shit.

It's just SO CUTE

I kept watching the trailer over and over (and over and over) again because it gave me a brief but beautiful glimpse of what I hope is to come. It's not playing the game. But it's the next best thing. Every time I watched it, it felt like I was inching ever closer to realizing the fantasy I've built up in my head for how great this game is going to be when it finally comes out.

I haven't had any dreams about Yoshi's Woollen World...yet. But it's the closest I've come to feeling the way I did about Warcraft III in a long time. The game reignited a naive sense of childish exhilaration. At some point, I'm going to have to dampen that sensation again. But after viewing so many games with a thoroughly jaded perspective, this was a much-needed breath of fresh air.

And this was only one game. Only one! A full day's worth of equally amazing-looking games were trotted out before I even knew that Yoshi's Woollen World existed. The new games in some of my favourite recent series like Dragon Age, Tomb Raider, LittleBigPlanet, and Mass Effect all got my heart pumping. New games like No Man's Sky and Project Beast. Reassuringly, even big companies like Ubisoft and Microsoft saved some time to show off small, unique titles like Inside and Valiant Hearts. Honestly, the only game that triggered absolutely no feelings of excitement was Dead Island 2.

Heck, even the standard crop of militaristic first-person shooters set in near-future dystopias managed to surprise me. Sure, there's a lot in a game like The Division that feels like excessively well-tread territory:

But the game is still promising a remarkably different experience than much of what I've played in all of the most recent Call of Duty or Battlefield games. And if excellent new shooters like Titanfall and Wolfenstein: The New Order any indication, big-budget shooters really are starting to take more chances once again.

In other words: it's telling that top-tier developers like Ubisoft, EA, and Activision are all beginning to sound a different tone when introducing the latest crop of their blockbuster shooters. This has led to confusing and already repetitive buzzwords like "shared-world shooter" and "persistent, living worlds." But, c'mon...give them some credit. At least they're coming up with new buzzwords. Right?

Now, let's just see how many of the promises come true.