Nintendo didn't go for a live presentation today, but they still had a lot to show this week—and some of that stuff was considered a megaton for fans.

New open-world Zelda. Brand new games with fresh ideas. New characters and modes in Smash. Most of what Nintendo showed during their short E3 presentation was a highlight, and most people seem hyped.

Heck, people seemed pumped before anything was actually shown—here's a small selection of images and GIFs posted in the US's comments section, leading up to the presentation. 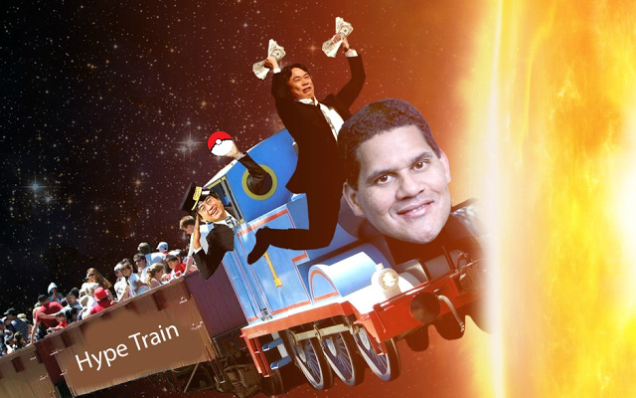 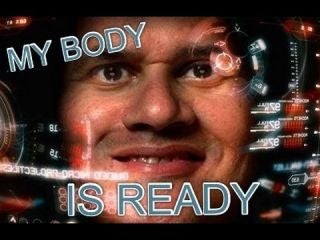 And here's what people had to say once things got going:

I hope that smash anime exists, and it's just an endless eight-style plot arc set on final destination

(A part of the Smash Bros. presentation was, amusingly enough, in the style of an anime show.)

(That's a figurine from Nintendo's Amiibos, which is their answer to Skylanders.)

This is how Zelda acquires that sword. pic.twitter.com/CVhpCcrjCB

(Did you hear? You can play as Zelda in Hyrule Warriors!)

Nintendo killing it. A lot to be said for sharp, concise, well-constructed presentation. Live audience presentation not always best format.

Nintendo wins E3 with announcement of "updated Super Mario 64 title screen where you can play with Mario's ass instead."

So this "Play as Mii's" in Smash means "Play as Kanye" right? pic.twitter.com/ErmKO73r3M

(You can import Miis into Smash Bros, is what this person is talking about.)

Mii confirmed for Smash Bros!!! Can't wait to play as this guy! pic.twitter.com/ANrVwyfrNd

YOU CAN MAKE A GOKU MII GOKU CONFIRMED FOR SMASH

Zelda scheduled for 2015, and if you believe that I have a massive open-world bridge to sell you.

Legend of Zelda: Look at this Grass

Oh god oh my Jesus new Zelda looks open and awesome and GIVE IT TO ME RIGHT NOW.

Folks seemed to be awed by the new, open-world Zelda. In fact, if I were to sum up the reaction, it would be with this GIF posted in the US comments section of the Zelda article:

The footage did bring up a lot of questions, though. Notably, a lot of people seemed concerned with Link's gender.

One person on Reddit made a veeeery interesting observation about Link's bracers: they resemble these:

One person couldn't help but ask this question, based on an early demo of the Wii U:

And one person couldn't give a shit about theories or open worlds:

But let's go back to Smash Bros for a moment...

And yes, Francis has something to say about Nintendo, too:

You can check out our Internet Reacts, E3 edition for Microsoft and Sony here.