By András Neltz on at

Back in June 2013, it seemed like Sony pretty much stole the show from Microsoft with their E3 briefing. But do their promises still hold up now, almost a year later? Following yesterday's look at Microsoft's big press conference from last year, it's time to examine Sony's.

Sony went for a mostly balanced look at its two older consoles, the Vita and the PS3. Of course, being the newcomer, the PS4 got a lot more attention. So let's dig in. 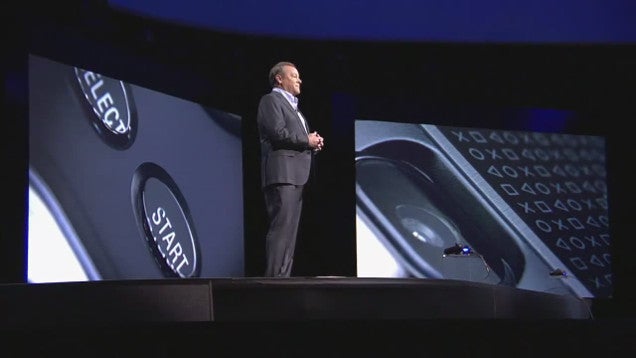 The Promise: "More than 85" games will launch on the PS Vita by the end of 2013, including six games which are mentioned by name.

True? It's a bit of a mixed bag. IGN's database lists 79 released Vita titles for the dates between June 10th and December 31st, 2013, and there are problems with two of the explicitly named games, too:

The Promise: Four older, but remastered games will come to the PS Vita "soon."

True? Yes. The four (actually four plus two) games are:

The Promise: Season one of The Walking Dead will come to the PS Vita in August, along with the 400 Days DLC.

The Promise: The PlayStation Vita can be used to play PS4 games via remote play.

True? Yes, although Remote Play works best when you're close to the PS4. More on that in our recently-updated console review here. 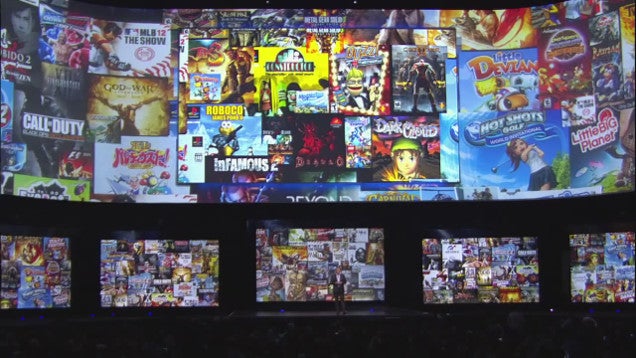 The Promise: "Nearly 300" games will be released for the PlayStation 3 before the end of the year.

The Promise: Action-adventure The Last Of Us will arrive on Friday (that is, the Friday following the briefing, on June 14th, 2013), and it will be very, very good.

True? It did come out that day, and it really was very good. Multiple-award-winning good, even.

The Promise: SCE Japan's quirky side-scroller, Puppeteer, will be released before the end of 2013.

The Promise: Another SCE Japan game, rain, a somewhat moody stealth-adventure, will be released for the PS3 in Fall 2013.

True? Yep, it was released on October 1st. Our review can be seen here.

The Promise: Quantic Dream's Beyond: Two Souls will be out on PS3 on October 8th, 2013.

True? Yep, released as expected. Here's what we thought of it.

The Promise: Before the end of 2013, the PS3 would see the release of Gran Turismo 6.

True? It did. On December 6. It had a moon rover! You can watch us play around with it here.

The Promise: Arkham Origins would not only be available for the PS3 on October 25th, 2013, but it would also come with an exclusive piece of DLC containing a classic Batman costume and a Knightfall costume.

True? Yep. The game was released on October 25th, and the Knightfall DLC was made available as a free download. Our review is here.

The Promise: Apart from the standard release, Grand Theft Auto V will be part of an exclusive PS3 bundle on September 17th, 2013. A GTA V-themed Pulse Elite headset will also be released before the end of the year.

True? Yes. Both the bundle and the headset were released on September 17th. 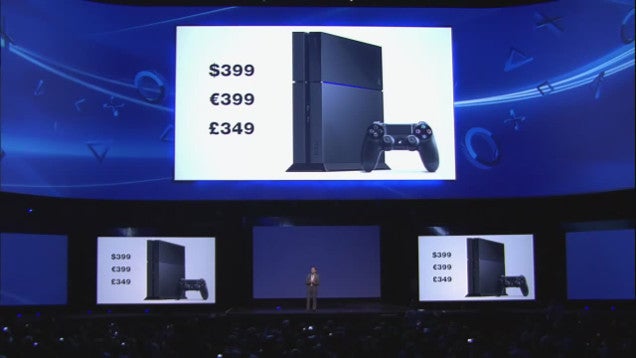 True? Yep. The PS4 became available on November 15th in the US and two weeks later in the EU. It eventually reached Japan on February 22nd, 2014, and is currently in the process of being introduced to China.

The Promise: 20 new SCE Worldwide Studios games will be launched for the PS4 in the console's first year.

The Promise: The Order: 1886 will launch exclusively on the PS4.

True? Not yet. The game's currently slated to arrive in 2015.

The Promise: Knack, Killzone Shadow Fall, and Driveclub will launch with the PS4.

True? Yes for Knack and Killzone Shadow Fall, but not for Driveclub, which was eventually delayed to 2014, or more specifically, as it was recently announced, to October 7th. And speaking of Driveclub...

The Promise: PlayStation Plus members will get free access to the PS+ edition of Driveclub at the PS4's launch.

True? Obviously, since the game got delayed, this didn't happen. But in the meantime, it was revealed that Driveclub's PS+ edition was a) basically a scaled-down demo that you'd have to upgrade to gain access to the full game, and b) that your full, upgraded game would disappear once your PlayStation Plus subscription ran out.

Fortunately, Sony later changed their mind on the latter—so even if you end up with an upgraded PS+-version Driveclub, you can keep it even if you eventually cancel your PlayStation Plus subscription. 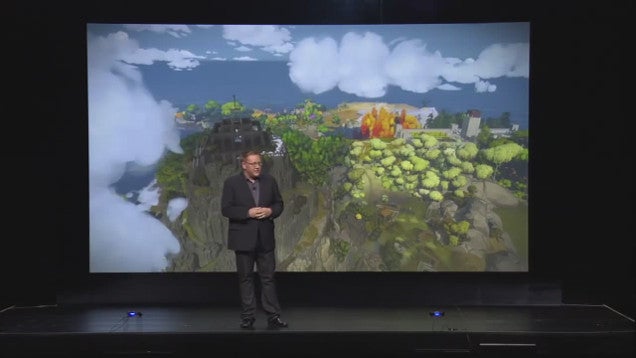 The Promise: Jonathan Blow's The Witness will make its console debut on the PS4.

True? Not yet. The Witness is coming in mid-2014, though we do have some impressions.

True? It wasn't particularly early, but Transistor arrived on the PS4 on May 20th, 2014—the same day it arrived on PC, making this more of just a debut instead of a console debut. In any case, read our review here.

The Promise: Eight more indie games in addition to Transistor and The Witness will make their console debut on the PS4.

True? Yes for some, but not yet for others. Let's take a look:

The Promise: Diablo III will come to the PS3 and PS4 along with exclusive items, like an Uncharted-themed amulet and Journey-inspired shoulder armor.

True? The PS3 version of the game hit on September 3rd last year, and it had no less than five exclusive items. Currently, the PS4 version is slated to arrive on August 19, 2014. 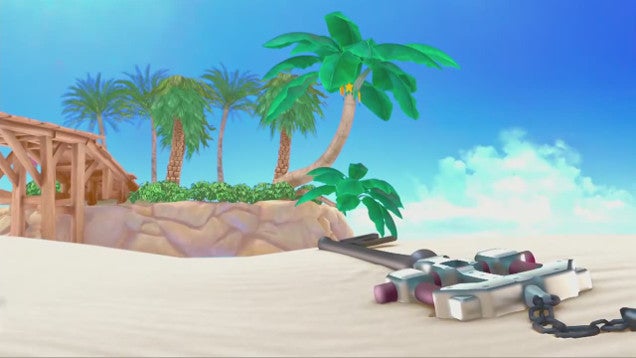 True? Not yet. Some additional details have since been revealed about Final Fantasy XV, and Kingdom Hearts III has a new trailer, but that's about it. Of course, there are no release dates, either.

True? Yep. Here's a rundown on how the upgraded re-release compares to the original games.

The Promise: On consoles, Final Fantasy XIV: A Realm Reborn will come exclusively to PS3 and PS4.

The Promise: Assassin's Creed IV: Black Flag will come to the PS3 and the PS4 along with an exclusive DLC pack centered on Aveline, the heroine of Assassin's Creed III: Liberation. Sadly, the E3 demo was a bit unstable.

True? Yep, Black Flag was released on October 29th for the PS3 and it was a November 15th launch title for the PS4. The Aveline DLC was present, though it was also available on PC (but not on Xbox).

The Promise: "When Watch Dogs launches" on the PlayStation 3 and 4, it will be released along with an hour's worth of extra gameplay, and an exclusive outfit for protagonist Aiden Pearce,

True? Yes—though the game was delayed to 2014, the PlayStation-only DLC consisted of four extra missions, the White Hat Hacker outfit, and a passive hacking boost. 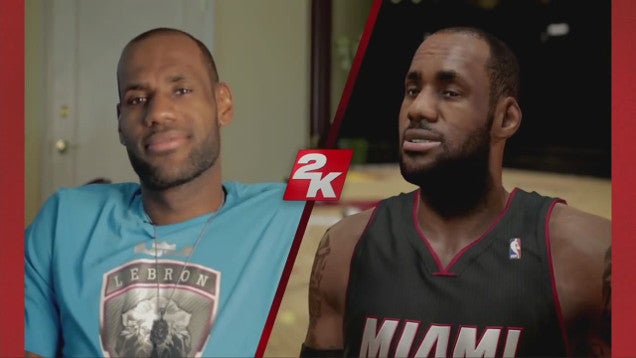 True? Yes, the game was one of the PlayStation 4's launch titles, coming out on November 15th, 2013. Here are our impressions on NBA 2k14, and the PS4's sports games in general.

The Promise: The Elder Scrolls Online will arrive to the PS4 in Spring 2014, and the game's console beta will be available first on the PS4 as well.

True? Nope. Unfortunately, the console (PS4 and Xbox One) versions of the game have been delayed towards the end of 2014.

The Promise: The folks behind Just Cause are making a new Mad Max game, and it's coming to PlayStation, where it will release along with the exclusive "Rogue Warrior Survival Kit."

The Promise: Destiny, the online shooter from Bungie and Activision, is coming to the PS4 in 2014.

True? Destiny is currently set to come out on September 9th. We have some impressions you can check out here.

The Promise: "Over a hundred" games will be available for the PlayStation 4 in its first year.

True? The current tally for PS4 games released since November 15th, 2013 is about 75-80, according to IGN's database. 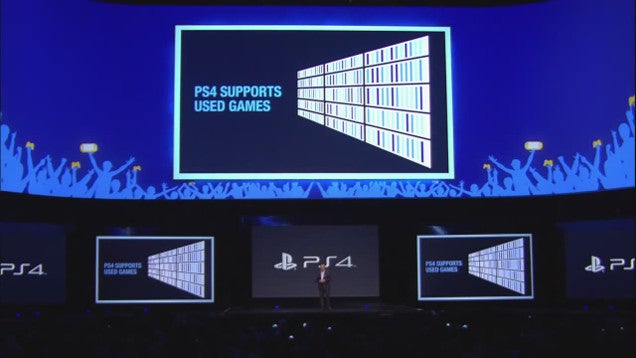 The Promise: The PlayStation 4 will support used games and sharing games, with disc-based games that won't require an online connection, and single-player games that can be played offline.

True? Yes, and there was even a quirky video to support this. On the other hand, a PlayStation Plus subscription is now required for online multiplayer (except in the case of free-to-play games)—but PS+ subscriptions can be shared on the same console. There was also concern over whether third-party publishers would disallow used game trading.

The PS4's used game policies are explained in the big PS4 FAQ here.

True? Yes—one membership works on the Vita, the PS3, and the PS4, as stated on the PlayStation Plus website.

The Promise: Don't Starve, Outlast, and The Secret Ponchos will be available for free via PlayStation Plus during the first year of the PS4.

True? For Don't Starve, which was made available on January 7th, and Outlast, on February 4th, yes. Secret Ponchos is only coming this Summer, but only to PC—currently, there is no known release date for its PS4 version.

The Promise: Music Unlimited and Video Unlimited will make their way to the PS4 and will be available at launch.

The Promise: You'll be able to watch pay per view events on the PlayStation Network.

True? Yes, via the Live Event Viewer app, which was introduced on August 13th, 2013.

The Promise: Popular movie-finding-and-watching service Flixster will launch on the PlayStation Network in Autumn 2013.

True? Actually, no. The Flixster app was missing from the PS4's list of launch apps, and it's still unavailable today. Some people are still wondering where it is.

That's it for past briefings—time to look forward to this year's E3. Have you seen the schedule yet?