It's not just the characters that make Dragon Ball so great. It's not just the stories that they they tell. It's also the way Akira Toriyama lays out the manga. It's truly wonderful. Here's why.

Website Nikaidorenji recently provided a look at how logical the Dragon Ball manga flows. (Dragon Ball is certainly not alone in this regards, as many wonderful manga—as well as Western comics and graphic novels—have a good visual flow to pull readers in.) This is nuts and bolts stuff, but still, it's interesting.

Before looking at the example, it's necessary to note that Japanese manga are read right to left, instead of left to right. 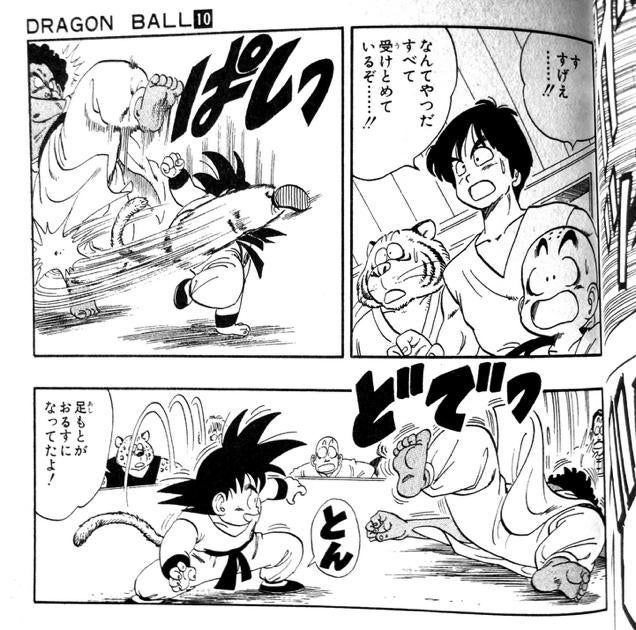 On this page, you can see Goku tripping King Chappa, with a loud smack (ぱしっ). Then, King Chappa falls to the ground with a thud (どでっ). Goku then puts his foot to ground with a thump (とん). One of the other characters then says, "You've left your legs wide open!" 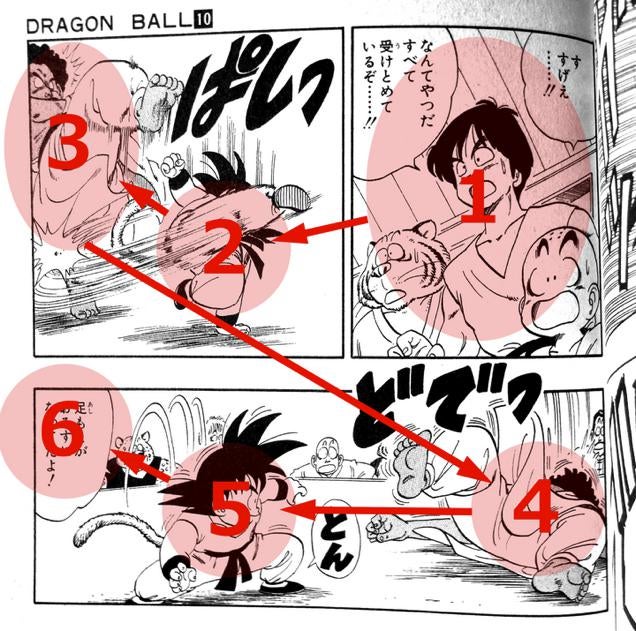 Nikaidorenji breaks down the visual flow, pointing out that the action moves in a reverse Z-direction. It's incredibly simple, and visually, it makes sense. Be aware that Toriyama doesn't always use this Z-pattern, but he is quite skilled at moving the eye around the page in a way that makes sense.

The brilliant simplicity is even more evident when the original manga is reorganised. Twitter user Kakashiasa breaks the page down even further by flipping the direction of Goku and King Chappa as well as dividing the third panel into two. The text is unchanged, however. 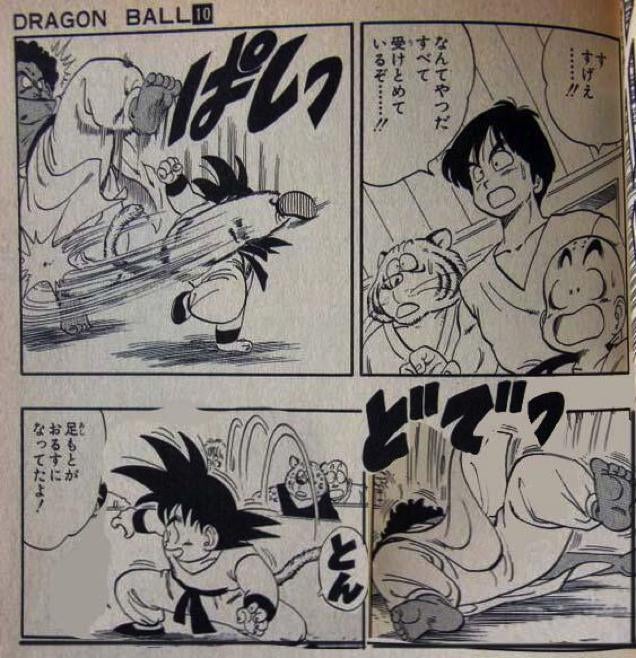 The action certainly doesn't flow, because the added panel creates a separation of space and time. The text also feels jumbled, and the tempo is all mucked up.

But how important is the location of the text? Here, Kakashiasa removes the added panel, enabling the scene to once again play out in the same space. The text, however, is moved. 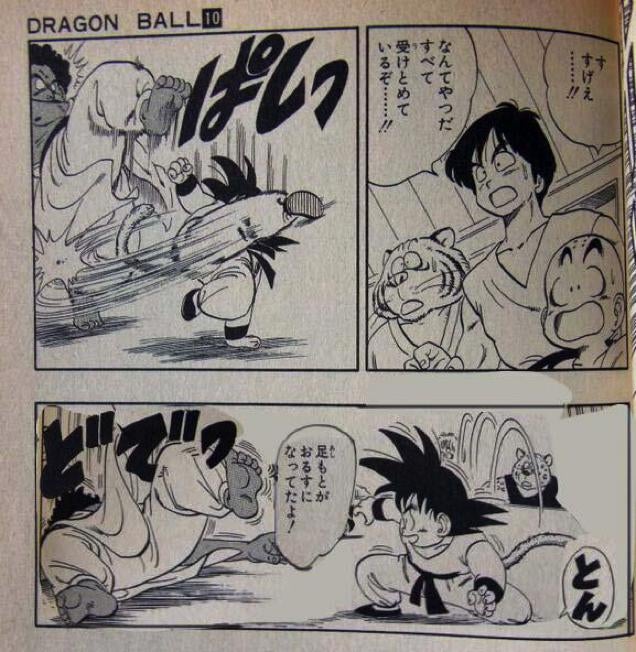 Yet, the flow of the sounds is all wrong. The eye first goes to sound Goku makes when his food hits the ground, then the dialogue box about leaving one's legs wide open, and then the sound of King Chappa hitting the ground. The scene unfolds in an entirely different manner.

Below, once again you can see how Toriyama originally created the scene. This time, Kakashiasa notes that the manga artist created clear separations of space as not to clear confusion and ensure that the action flows as smoothly as possible. 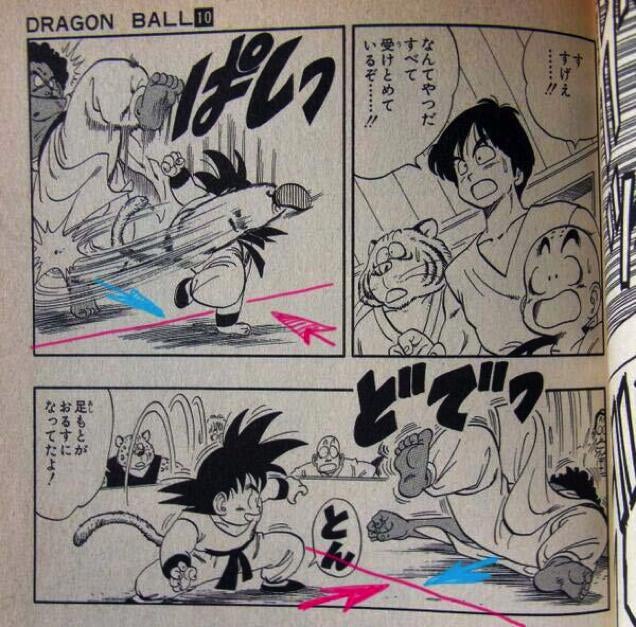 See? Brilliant. And many thanks to Twitter user Kakashiasa for this analysis.