The Games My Mother Played

(Originally published in the US on May 11th, 2008) May 1st 1980 I came home from school to find my mother waiting there for me, a giddy smile on her lips. She always loved birthdays. Back then we were living in an apartment, my younger sister and I sharing one room, my older brother and sister sometimes sharing another, and birthdays were the one time my mother, taking care of four children on child support and a modest income from the dancing school she ran, would really get to splurge on her kids.

Seven year-old me knew this, so I was nearly as excited as she was as she handed over a small wrapped package, my shaking fingers tearing at the colourful paper to reveal the prize beneath. Space Invaders for the Atari 2600! My heart leapt! At that point I had only been exposed to video games at my dad's house or when my brother borrowed a friend's Odyssey 2, but I had already developed the hunger that would one day lead me here. I looked around the room for the missing piece of the present...behind her, in the kitchen, on the glass coffee table my brother would eventually put his foot through in a bout of teenage rebellion, but it was nowhere to be seen.

"Where's the Atari?" I asked, my voice shaking with excitement.

"What Atari?" she replied, looking perplexed.

My heart sank a little, but I ventured onward with my questioning.

My mother frowned. "Oh. I thought it was one of those handheld games," she replied, even going as far as to mimic playing a portable game with her hands.

I was crushed, completely. Not because I wasn't getting an Atari, but because of that disappointed look on my mother's face as I explained the problem. A very emphatic child, I could almost feel how upset she was about her mistake. Here she was, struggling to raise us and wanting to give me one special day out of the year and she messed it up.

I went into my room and cried for an hour. She didn't stop me.

An hour later my father arrived with my Atari 2600.

The whole incident is the clearest memory I have of my childhood. At first I was a little hurt by her deception, but soon I saw the humour in it, and over time and across many birthdays I would grow to appreciate my mother's little tricks, whether it be hiding my presents under my own bed, knowing that whenever she told me to clean my room I just stuffed everything under there without looking, or the time I came home on May 1st and she told me to clean the bathroom, having hidden a bicycle in the shower, catching me in a lie when I came back out without having bothered to open the curtain. 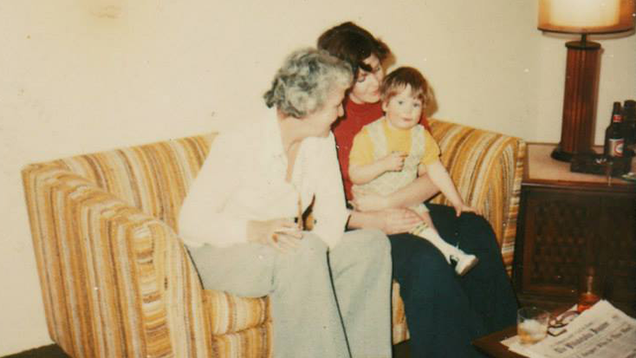 It was my mother who raised me, along with my stepfather who would come along later to provide a logical balance to her whimsical ways. She taught me to appreciate words, and to see the humour in any situation. She taught me to look beyond situations and see what was happening behind the scenes. She implanted in me a thirst for knowledge as well as a joy of sharing said knowledge. In short, she's the reason you are reading this today.

Or, to put it another way, she's to blame.

I hope I've made her proud.

Update 11/05/2014: Six years have passed since I originally ran this story. In that time I've become a father, and I've gained a whole new perspective on and appreciation of the mothering process. My wife Emily and I are both new at this, but the wisdom and guidance of my mother has been a tremendous help to both of us, even at times when it might not seem like we appreciate it.

There's no real instruction booklet for children, but as long as I keep in mind all my mother did for me growing up, I think they'll turn out fine.